A nuclear blast is an explosion with intense light and heat, a damaging pressure wave, and widespread radioactive material that can contaminate the air, water, and ground surfaces for miles around. A nuclear device can range from a weapon carried by an intercontinental missile, to a small portable nuclear device transported by an individual. All nuclear devices cause deadly effects when exploded.

The likeliness of an intercontinental missile striking the United States is slim, while the possibility of a portable nuclear device being smuggled into the country is not so far-fetched. Let's face it, the ware bouts of all the nuclear devices is not clear.  Rouge nations are trying to obtain such a device, many terrorists too would like to have a "bomb" in their possession.

The CDC said its briefing, which is scheduled for the afternoon of Jan. 16, will address “planning and preparation efforts” for such a strike. The agency said most people “don’t realize that sheltering in place for at least 24 hours is crucial to saving lives and reducing exposure to radiation.”

This comes on the heal of President Trump and North Korean dictator Kim Jong Un have been engaged in an escalating battle of threats and taunts over their respective nuclear arsenals. A defiant Pyongyang has made major advances to its nuclear program over the past year, and has directly threatened Americans. Trump has responded by saying the U.S. would “totally destroy” the hermit kingdom, a nation of 25 million people, if provoked. It has become a war of male ego when Trump stated "his button was bigger".

In the event of an actual nuclear war, “there would be survivors for days trying to make their way out of the rubble and back home, dying of radiation poisoning,” Jeffrey Lewis, a nuclear policy expert at Middlebury Institute of International Studies at Monterey, previously told HuffPost.

The danger of a massive strategic nuclear attack on the United States is predicted by experts to be less likely today. However, terrorism, by nature, is unpredictable.

In general, potential targets include

The three factors for protecting oneself from radiation and fallout are distance, shielding and time.

Taking shelter during a nuclear blast is absolutely necessary. There are two kinds of shelters:

Remember that any protection, however temporary, is better than none at all, and the more shielding, distance and time you can take advantage of, the better.

Before a Nuclear Blast

The following are things you can do to protect yourself, your family and your property in the event of a nuclear blast.

During a Nuclear Blast

The following are guidelines for what to do in the event of a nuclear explosion.

If you are caught outside and unable to get inside immediately:

After a Nuclear Blast

People in most of the areas that would be affected could be allowed to come out of shelter within a few days and, if necessary, evacuate to unaffected areas. The heaviest fallout would be limited to the area at or downwind from the explosion. It might be necessary for those in the areas with highest radiation levels to shelter for up to a month.

Returning to Your Home

Remember the following when returning home: 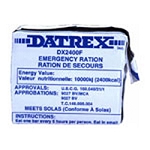 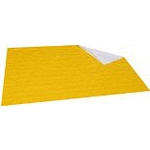 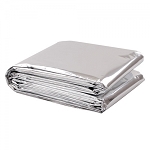